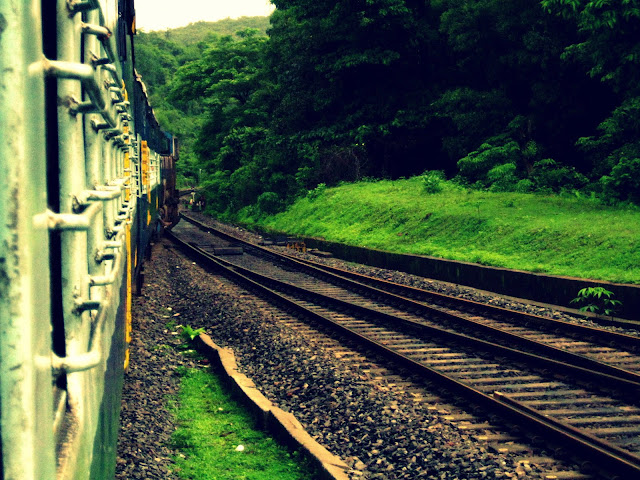 I have been trying to travel in trains (non AC coaches) as much as possible.

Initially it was more to prove a point, to see if I can reduce the seemingly unnecessary need for AC. But that has changed.

I believe my body can comfortably tolerate temperatures ranging from 5 degrees to 40 degrees (Celsius), provided I take simple precautions, and am not exposed to direct sunlight or to bitter cold winds for extended periods. And so, I am trying to make my body get back to this comfort range which I had gotten unused to, thanks to almost 5 years of living in ACs 24X7.

But recently I was forced to travel by 3 tier AC. I could have taken a General class ticket and gone, but I am unable to take myself so much out of my comfort zone yet.

Just 15 minutes past entering the compartment I was reminded of the other reasons why I hate any air-conditioned mode of travel. Hate, till my body & mind remain in their comfort zone.
Exception: Once, when a family was travelling with a small kid, I tried amusing the child, and that led to conversations with family too. But only because of the child, I think. 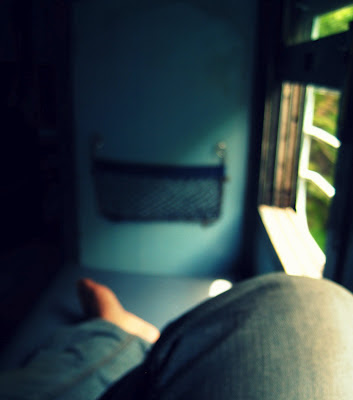 Now let me contrast this with my non-AC experiences.

But as time is passing, an AC journey is becoming the default mode of travel of my friends & family.

Well, it certainly is becoming more affordable. But more than that this seems to be the result of constant reminding of the fact that the human body is deficient and we need an AC to make our land livable. Thanks to the AC manufacturers for bombarding us with that idea. It seems to be working brilliantly.

As for me, I intend to be AC free as much as I can. That might not mean quitting my job just because it means I have to be in an AC room all the time. But I will cut down wherever I can. Maybe you should try and see for yourself too. The gym is not the only place you get fit. Try the sleeper coaches too.

Searching for other people who love Sleeper coaches more than the AC ones (and not just because of the cost), I found this excellent post : http://www.indiamike.com/india/indian-railways-f10/sleeper-class-details-and-photos-t48782/