An eponymous poem from Govind Nihalani's Ardha Satya. The poem has been penned by Dilip Chitre. Picturised on the firebrand Om Puri and the ethereally serene Smita Patil. Uff...


While you gather your senses to go read the poem again, or better still hear its recital in the movie itself, a few thoughts -

I had always thought of Om Puri as an exceptional actor, but never placed him on par with Naseeruddin Shah. That has been rectified now. And only now have I come to know of the strong kinship and long relationship between these two giants. They were in the same class at NSD back in 1970!

Then there is this lady. How wonderfully etched are all characters in this film. How beautifully Smita gives shape to Om Puri's character, adds warmth and care to a movie that otherwise has to shift its focus between paurush and napunsakta. Om's ardha satya is visible for all to see. What about Smita's? 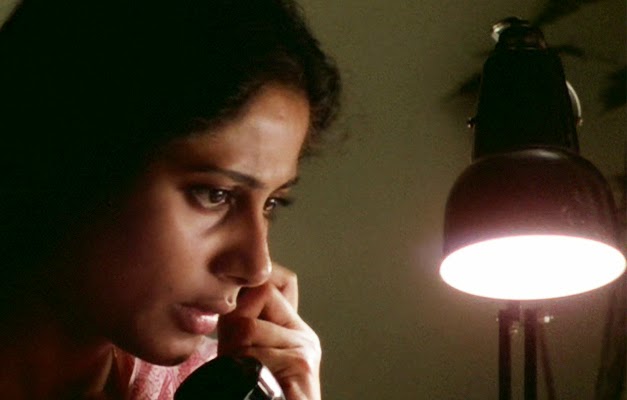 Is this movie mainstream or a parallel cinema masterpiece? Naseer himself has called this parallel in more than one interview, which should shut the door on this. But then he has calling it parallel while talking about Tridev.

Normally, I wouldn't bother asking this question. But I feel the urge to understand what was mainstream and what was parallel more than 30 years ago. Principally because it might help unlock one door that hides from me an understanding of human psyche. Can cinema offer escape, albeit a short lived one? Is projecting our vulnerabilities onto an unknown person, and hence viewing them and them alone, in all their glory and filth, without necessarily having to associate ourselves with them, also not an escape? Like this movie does so easily?