Will the real Harry Potter please stand up?

Now that the last of the Harry Potter movies is out, I thought I would vent my feelings a bit. 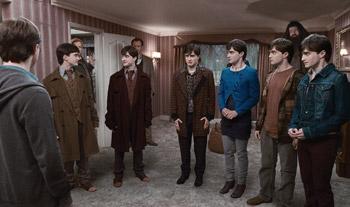 I am yet to come across a topic (in the literary world, of course) that divides people like Harry Potter does. Either you like it, or you hate it. The haters would compare you to sissies who still believe in Santa Claus. While the believers will have you stoned at the altar for questioning the gospel truth that comes from the hol(e)y mouth, in this case the pen, of Madame Rowling.

But is there a third front? Is there a set of people who can still enjoy Harry's world without being bothered enough by the nay-sayers to defend it or who can ridicule it enough (even if it is only to impress the second most attractive girl at the bar - John Nash, Game theory, anyone? No? I thought so. Harry fans/bashers and geeks who get Game Theory is a null set, right?) to torment the ones who think that sunlight shines from Harry's every orifice (I did it! This is probably the only other sentence where 'sunlight', 'orifice' and 'shines' can be used together, except of course by Her Royal Pain In The Ass Highness). (Don't get me wrong, I love Harry and his world, I have practically grown up with it. And though I do not take out 5 minutes every day to thank the buffoon who left Philosopher's Stone on the school library counter saying it is too hard to read only for me to pick it up, I do take out one of the books every now and then to escape into that fantasy world whenever I can, leaving behind the phantasmagorical series of events that is my life.)

Coming back, I think there is. In fact, I think you will find enough people to inhabit the Middle Earth, set up the two towers, populate the Havens, create a new language that is not so new (Oh come on, the language of Mordor is obviously a stone's throw away from German), fight the great wars, and fill India and China too (not in the middle-earth, stupid. :Noob: ) who will fall into this middle ground (Eru is great, and he doesn't have a middle name either, and I am awesome!). I lie in this set too. For us, watching the movies was part of the experience, something we had to do, irrespective of whether the previous movie was good or not or the how this one was received thus far. And even though we did 'talk' about the divergence from the books or we did discuss the thousand ways we could hex the next director, we didn't blow our back-sides with our wands (Moody warned you...!).

And now that the Potternama comes to an end (don't count your chickens, eating your words etc. come to my mind) even though we think a part of our adolescence has finally ended, even though we shed a tear, silently, we won't go the full hog and lament the passing away of that oh-the-greatest-thing-to-have-happened-in-my-life.

That doesn't make me a lesser fan than my next door neighbour's third cousin who abhsholutehly lovesh Harry Potter and can't shee him go away. And even if it does, what the heck. I don't give a damn..! I can still recite the poem that the Sorting Hat sings in the 5th book (or was it 4th?), I can still count all the secret passageways in and out of Hogwarts at 5 am. But I sure as hell won't ask for a tissue at the end of the last movie, not because the story wasn't great, but because.. get out of here..!

And by the way, by a lucky coincidence I haven't watched the last movie yet. Oh dear, I committed a sacrilege, did I? I can already hear the accusations. "You didn't watch first day first show? You call yourself a real Potter fan? If you are one, how could you not watch that first show?"
Well, as Joe so often does when faced with a question he is least interested in answering... 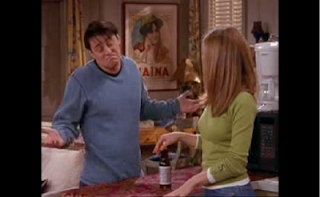